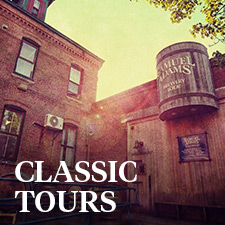 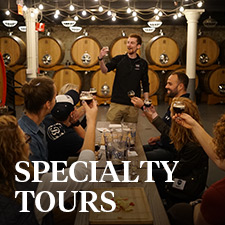 Since the Samuel Adams LongShot American Homebrew Contest was created 21 years ago to recognize passionate homebrewers, it has helped launched the professional brewing careers of multiple homebrewers. Knowing this, we brewed a new plan to truly equip homebrewers with the experience and knowledge to take their passion to the next level.

New this year, the brewers at Sam Adams will award the most passionate homebrewer with the thirst for going pro a one-week “Brewership”: a fully immersive brewing experience at the Samuel Adams Boston Brewery.

The Longshot Brewership will give one homebrewer a chance to work alongside our award-winning team of brewers in the nano brewery, 10 barrel brewhouse and barrel room. It will also provide insight learned from years of experience on the nuts and bolts of running a brewery, ingredient sourcing, quality assurance testing, and packaging, to name a few. Finally, the Brewership will also include the opportunity to brew a limited release collaboration beer that will be available in the winner’s hometown as well as at the Samuel Adams Boston Brewery.

In addition to the Brewership, the winner and the two runners-up will have the opportunity to attend the Great American Beer Festival as well as receive a scholarship for an online course at The Siebel Institute of Technology. Brewers worldwide, including many at Sam Adams brewers, have taken courses at The Siebel Institute as its online courses provide an internationally-inspired educational experience in brewing technology knowledge due to its World Brewing Academy partnership with Doemens Academy (Munich, Germany) established in 2001.

Visit samueladams.com/longshot by July 25th and submit a two minute video explaining your passion for brewing and why you want to be a professional brewer. A panel of judges will review the video submissions, and the top 10 entrants will then be put up for a public vote. The top five semi-finalists will then be asked to submit their best homebrew for judging.