At Sam Adams, we’ve always considered beer to be the original social network. Its beer that brings together the most unlikely duos and helps make exciting moments more bearable - anyone remember our bet against Atlanta’s Sweetwater during the Big Game?

We felt nostalgic after a snifter or two of Utopias and wanted to share what we thought were our top ten fun, beer-filled moments that filled our glass in 2017.

1. Why kick-off a new year with one new brew when you’ve got three? We shook up the New Year by releasing a newly reformulated Rebel IPA, brewed with HBC 566, our exclusive, proprietary hop. New brews also born in the nano brewery, Hopscape and Fresh as Helles, made their way onto shelves and taps for the first time to help quench drinkers thirst during the coldest season of the year.

2. We skied into the new year with Air & Après, a thrilling show on the snow, with world class athletes that just happen to share our love of beer. Imagine that. If you’re into skiing and enjoying beers in the lodge like us, check out our 2018 Air & Après schedule.

3. As patriots and the hometown brewer, we never lost hope during the Big Game - even when the score was 28-3. When the clock ran out, we celebrated with a round of Boston Lager, which tasted even sweeter when our betting pals at Sweetwater Brewing Co. and a little but mighty gas station in Gainesville, GA were good, beer-loving sports!

4. Turning 21 is a big deal. To celebrate, we brewed a new plan to help homebrewers with a thirst to go pro for our 21st Annual Longshot American Homebrew Contest. New this year, we awarded the most passionate homebrewer with a one-week “Brewership”, a fully immersive brewing experience at the Samuel Adams Boston Brewery, and an online scholarship to the Siebel Institute of Technology, which two runners up also received. Ready, set, homebrew!

5. For one day only, we launched our very own ride-sharing app: BREWBR. Unlike those other apps you’ve heard about, BREWBR not only took people from Point A to Point B, but stopped for beer along the way. A brewer can dream, right?

6. For the first time ever, we collaborated with five different breweries across the country to brew a limited release 12-pack aptly named The Brewing the American Dream Collaboration Pack. We raised a glass to the independent and entrepreneurial spirit of craft brewers nationwide including Chula Vista Brewery, the winner of our 2017 Brewing & Business Experienceship!

7. Don’t know what to give dad, a grad, beer-lover or entrepreneur friend? Finally, gift giving is easier now that Jim’s book Quench Your Own Thirst: Lessons Learned Over a Beer or Two was released in paperback. 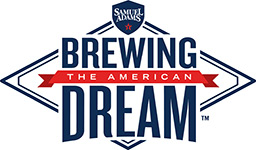 8. We ate our way through 2017 with the help of small food and beverage businesses in our Samuel Adams Brewing the American Dream program which to date has awarded 1,500 loans, coached 8,000 people, created or retained 5,900 jobs, and provided nearly $21.8 million in loans since 2008. We have a food coma after working with the winners of our 2017 Pitch Room Competition and can’t wait to celebrate our 10th anniversary in 2018.

9. We had a real chuckle when the Brewers Association campaigned to Take Craft Back. No laughing matter, it would take $213 BILLION for America’s independent craft breweries to turn the beer industry upside down and buy the big guys. Even our own Jim Koch weighed in, writing an Op-Ed for the New York Times asking “Is it Last call for Craft Beer?”. Start saving your pennies to Take Craft Back and keep your eyes peeled for the Independent Craft Brewers Seal on true craft brews.

10. After two long years of waiting, we finally released the 10th batch of our Samuel Adams Utopias. While 15 unlucky states will have to wait indefinitely to experience this extreme, barrel-aged brew, we’re kicking back in our new Bier Keller savoring every sip!

As we head into 2018, we are certain about one thing: we’ll be filling our glass with Boston Lager, Sam ’76 and New England IPA and enjoying a pint or two at our new Brewery Tap Room. 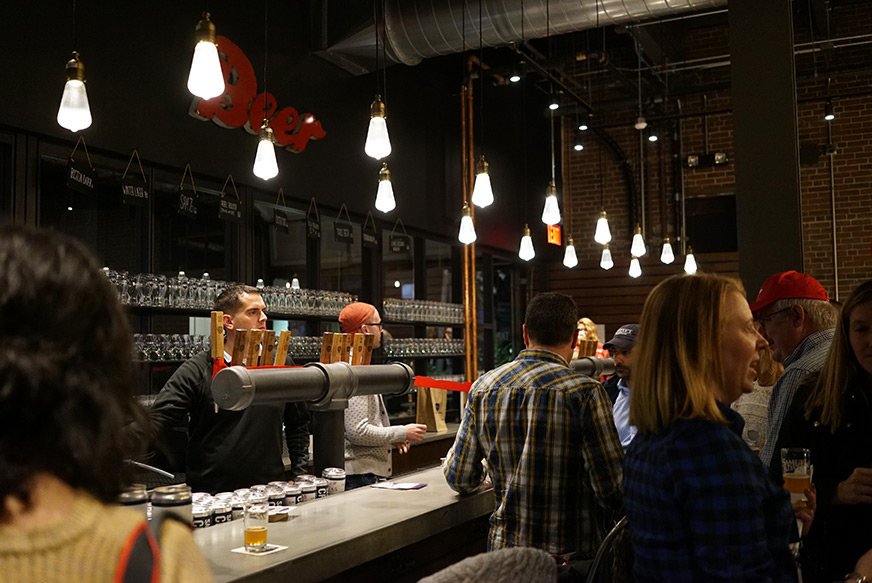 We wish all our Sam Fans, friends, and family, lots of cheer over many great beers in 2018!