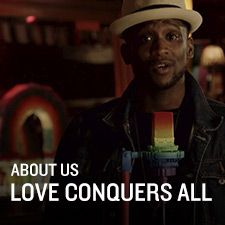 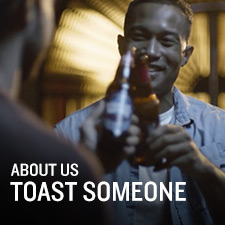 NO PURCHASE NECESSARY TO ENTER OR WIN THIS CONTEST. VOID WHERE PROHIBITED. MUST BE 21 YEARS OF AGE OR OLDER TO ENTER.

Samuel Adams® NATIONAL COUSIN DAY CONTEST (the “contest”) is open to U.S. legal residents of any U.S. state who are at least twenty-one (21) years of age at the time of entry. Employees (and their immediate families) of The Boston Beer Company (the “Sponsor”), MullenLowe, (the “Administrator”) and any of their parents, subsidiaries, affiliates, suppliers, independent contractors, agencies, alcoholic beverage wholesalers and retailers, and any persons living in the same household as such employees are not eligible to participate in the Contest (cumulatively, the “Contest Entities”). Contest is subject to all applicable federal, state, local laws and regulations and is void where prohibited by law. The Contest begins on 7/24/2020 at or about 12:01 a.m. Eastern Daylight Time (“EDT”) and ends 7/24/2020 at or about 11:59 p.m. EST or until 25 valid entries are received (the “Contest Period”).

1) Twitter: During the Contest Period: reply to the tweet on Samuel Adams® Twitter account (@samueladamsbeer) identifying the National Cousin Day Contest with a photo of your favorite cousin or tag the username of your favorite cousin. Entries must also include tagging @samueladamsbeer and @yourcousinfromboston and use the hashtag #Contest to be eligible for submission.

The following guidelines should be followed when submitting a photo or video:

By submitting a photo or video you hereby confirm you own all copyright in and to the photo submitted and agree to assign all your rights to The Boston Beer Company, and its subsidiaries, affiliates, and its agents. That you have obtained authorization from any and all individual(s) featured in your photo submission and confirm those individual(s) agree to allow you to submit a photo bearing their name, image and likeness in connection with your submission of the photo as part of the Contest.

Twenty-Five (25) Grand Prize Winners – The first 25 valid entries will receive a swag package including bottle openers, pens, long sleeve t-shirts, koozies, and hats with an approximate retail value (“ARV”) of $75. Winner must be 21 years of age or older. Shipping costs will be covered by the Sponsor. The difference between any stated value and actual value will not be awarded to winner. The selection of a winner and awarding of the prize will be conducted under the supervision of Administrator, an independent organization whose decisions are final and binding in all matters pertaining to this Contest. No prize substitution will be allowed, except that Sponsor reserves the right to substitute a prize of comparable value if the prize listed is unavailable for any reason.

Potential prize winner will be notified via direct message on Twitter and will be required to sign and return an Affidavit of Eligibility and Release of Publicity and Liability (where permitted by law) within three (3) days of notification. Winner’s age is subject to independent age verification, and if failed, will result in prize forfeiture. In the event of noncompliance, if the prize winner cannot be reached at the phone number, email address or address on that winner’s entry, or if the prize or prize notification is returned unclaimed or undeliverable for whatever reason beyond the control of Sponsor, that prize will be forfeited, and an alternate winner may be selected only if time permits and in Sponsor’s sole discretion.

Acceptance of the Contest constitutes consumer’s permission for Sponsor to use consumer’s name, image, likeness, voice, picture, audio and video recordings of, biographical information, statements, and any material based thereon or derived there from, together with any actual or fictional material, or to refrain from so doing, and address (city and state), without the ability to review, for advertising, promoting and/or publicity purposes worldwide and in any and all forms of media now known or hereafter developed, in perpetuity, without further compensation, where permitted by law. Consumers agree that the Contest Entities: (a) shall not be responsible or liable for, and are hereby released from, any and all costs, injuries, losses or damages of any kind, including, without limitation, death and bodily injury, due in whole or in part, directly or indirectly, to participation in the Contest or any Contest-related activity, or from consumers’ acceptance, receipt, possession and/or use or misuse of any Contest, and (b) have not made any warranty, representation or guarantee express or implied, in fact or in law, with respect to any Contest, including, without limitation, to such Contest’s quality or fitness for a particular purpose. Contest Entities are not responsible for incomplete, illegible, misdirected, misprinted, late, or lost Contest; or for lost, interrupted, inaccessible or unavailable networks, servers, satellites, Internet service providers, websites, or other connections; or for miscommunications, failed, jumbled, scrambled, delayed, or misdirected computer, telephone or cable transmissions; or for any technical malfunctions, failures, difficulties or other errors of any kind or nature; or for the incorrect or inaccurate capture of information, or the failure to capture any information.

Sponsor reserves the right in its sole discretion to forfeit any individual who is found to be tampering with the entry process or the operation of the Contest, to be acting in violation of these Terms and Conditions, or with the intent to disrupt or undermine the legitimate operation of the Contest and Sponsor reserves the right to seek damages and other remedies from any such person to the fullest extent permitted by law.

Sponsor reserves the right to modify, extend, suspend, or terminate the Contest, in whole or in part, if it determines, in its sole discretion, that the Contest or any particular Contest is technically impaired or corrupted or that fraud or technical problems, failures or malfunctions or other causes beyond Sponsor’s control have destroyed or severely undermined or to any degree impaired the integrity, administration, security, proper play and/or feasibility of the Contest. In the event Sponsor is prevented from providing the Contest as contemplated herein by any event beyond its control, including but not limited to fire, flood, natural or man-made epidemic of health of other means, earthquake, explosion, labor dispute or strike, act of God or public enemy, satellite or equipment failures, riot or civil disturbance, terrorist threat or activity, war (declared or undeclared) or any federal state or local government law, order, or regulation, public health crisis (e.g. SARS), order of any court of jurisdiction, or other cause not reasonably within Sponsor’s control (each a “Force Majeure” event or occurrence), then subject to any governmental approval which may be required, Sponsor shall have the right to modify, suspend, or terminate the Contest in its entirety or the affected portion of the Contest.

Except where prohibited by law, as a condition of participating in this Contest, consumer agrees to the following: (1) any and all disputes and causes of action arising out of or connected with this Contest shall be resolved individually, without resort to any form of class action, and exclusively by final and binding arbitration under the rules of the American Arbitration Association and held at the AAA regional office in Boston, MA; (2) the Federal Arbitration Act shall govern the interpretation, enforcement and all proceedings at such arbitration; and (3) judgment upon such arbitration award may be entered in any court having jurisdiction. Under no circumstances will consumer be permitted to obtain awards for, and consumer hereby waives all rights to claim, punitive, incidental or consequential damages, or any other damages, including attorneys’ fees, other than consumer’s actual out-of-pocket expenses (i.e., costs associated with entering this Contest), and consumer further waives all rights to have damages multiplied or increased. All issues and questions concerning the construction, validity, interpretation and enforceability of these Terms and Conditions, or the right and obligation of consumers and Sponsor in connection with this Contest, shall be governed by, and construed in accordance with, the substantive laws of the State of Massachusetts, USA, without regard to Massachusetts choice of law provisions.